A non-magnetic discontinuity in a magnetic circuit (i.e. the distance between two magnetic poles). This gap often includes other materials such as brass, aluminum or paint.

This exists when the flux path external to the permanent magnet is confined within high permeability materials which contain the magnet circuit.

The demagnetizing force necessary to reduce observed induction B to zero after the magnet has been brought to saturation. Coercive force is measured in Oersteds or more recently A/m and kA/m.

The temperature at which a material loses its permanent magnetic properties completely and is no longer able to hold magnetism.

The second/left quadrant of the hysteresis loop, generally describing the behaviour of magnetic characteristics in actual use. Also known as the B-H curve.

A material whose permeability is very much larger than one, and which exhibits hysteresis magnetizing and demagnetizing characteristics. The greater the flux carrying potential, the bigger the value i.e. one to several thousands.

Magnetic flux is the condition existing in a medium subjected to a magnetizing force. This value is quantified by E.M.F. (electromotive force). This measurement of force in cgs units is a Maxwell.

Lines of magnetic flux per square centimetre. Gauss is measured in cgs units, Maxwell and Weber lines per square metre or Tesla in the Si system.

A closed curve calculated by plotting corresponding values of magnetic induction: B on the abscissa against magnetizing force H.

This is the magnetic flux per unit area of section in the applied magnetic direction of flux. This is measured in Gauss.

This is a measure of the resistance of the magnet material to a demagnetizing force. Permanent magnets with high intrinsic coercivity values are usually classified as ‘hard’ permanent magnets. Intrinsic coercive force indicates magnetic stability at high temperatures. Also see stabilization.

This is the partial demagnetization of a magnet material when introduced to external factors such as high/low temperatures and demagnetizing fields. Losses can only by rectified by remagnetization. However, magnets can be stabilized to prevent the variation of performance caused by irreversible losses.

A magnetic material which does not have a preferred direction of magnetic orientation and therefore can be magnetized in any direction without the loss of magnetic characteristics.

Knee of the Demagnetization Curve

The point at which the B-H curve ceases to be linear. If the operating point of the magnet falls below the knee, the magnet will not be able to recover full magnetic potential without the application of a magnetizing force.

This is the loss of magnetic flux which occurs through leakage caused by saturation or air gaps introduced into the magnetic circuit. This induces a loss of efficiency in the circuit which cannot be recovered.

Indicates the length of the central flux path across an air gap.

A line drawn from the origin of the Demagnetization Curve with a slope. The intersection of the -B/H curve and slope represents the operating point of the magnet. Also see Permeance Coefficient, Pc

An assembly consisting of some or all of the following: permanent magnets, ferromagnetic conduction elements, air gaps, electrical currents.

The total magnetic induction over a given area.

The magnetomotive force per unit length at any point in a magnetic circuit. This is measured in Oersteds.

This is the potential magnetic difference between any two points.

There is a point at the Hysteresis Loop at which the product of magnetizing force H and induction B reaches a maximum. This maximum value is called the Maximum Energy Product and is measured in Mega Gauss Oersted, MGOe.

A unit measure of magnetizing force (cgs). This is equivalent to Ampere Turns per Inch (S.I.). Permeance
The inverse of reluctance.

Ratio of the magnetic induction to self demagnetizing force. This is also known as the ‘load line’ or operating point of the magnet.

Usually illustrated in graph format, these curves are a representation of the relationship between the attractive force exerted by a magnet on a soft magnetic work piece and the distance between them. Pull Gap curve diagrams are useful when selecting a magnet for a particular tractive or holding application.

Remenance is the magnetic induction which remains in a magnetic circuit after the removal of an applied magnetizing force. If there is an air gap in the circuit, the remanence will be less than the residual induction Br.

This represents the maximum flux output from a given magnet material measured at the point where the Hysteresis Loop crosses the B axis at zero magnetizing force.

A magnetic circuit which provides a low reluctance path for the magnetic flux. Reversible Temperature Coefficient A measure of the reversible changes in flux caused by temperature variations.

This is the condition whereby a magnet or ferromagnetic material has reached a maximum value and an increase in the appliance of magnetizing force produces no increase in induction i.e. saturation flux densities for steels range from 16,000 to 20,000 Gauss.

Need a replacement Plate & Frame gasket? Let us help you find it.

In Ontario, and across Canada, we are your heat exchanger gasket solution. 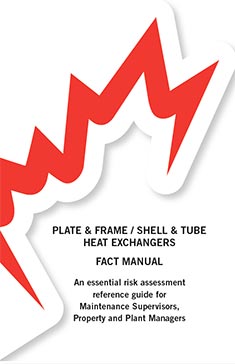 We are your Pipe Passivation Service solution.

We clean, pickle, and passivate all your stainless steels and high nickel alloys.

Preventative Maintenance, Reconditioning to Replacement – THS has you covered!